A fast 30-minute dinner is made easier thanks to store shortcuts. Get everything you need for this creamy chicken and stuffing bake. It’s heartwarming no matter what you have going on. 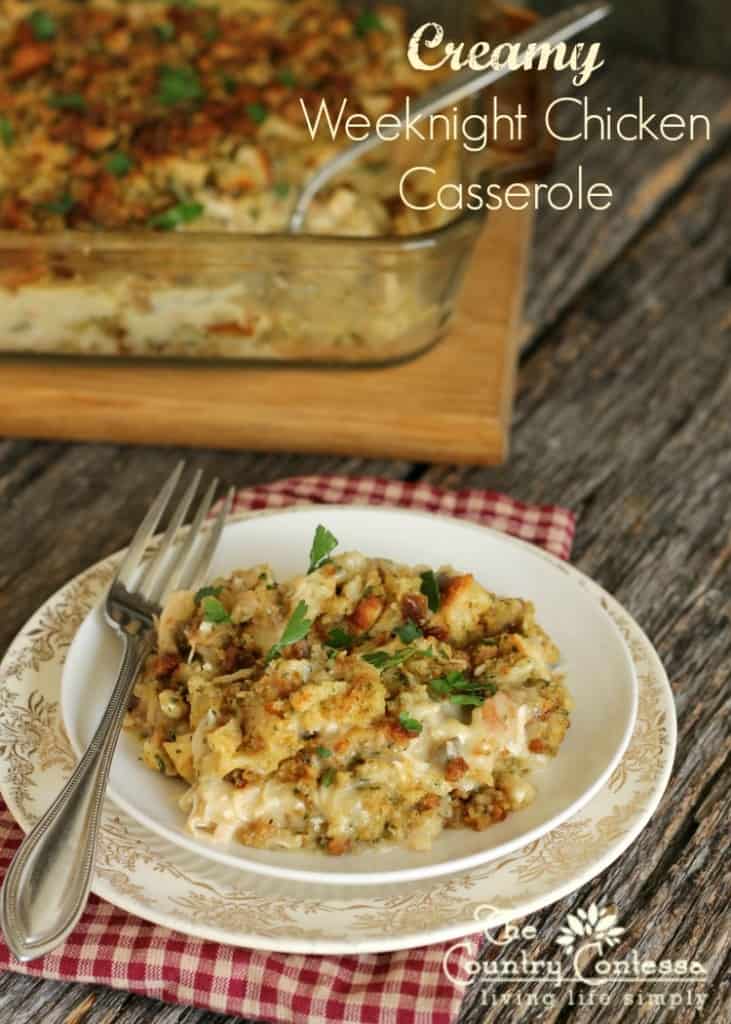 (Do I gross you all out? I’m afraid my stories may be too rough–are they?

I hope not. I’m a nurse–I have a very solid stomach and apparently an inappropriate love of honesty that may not belong on this food blog. If it gets too bad, just let me know. I’ll try to reign it in. )

Last week I went to the barn and I was still several feet away when I saw the white carpet–snow? Well this is Kentucky and we do have 40 degree temperature swings from day to day, but no.

It was chicken feathers.  A lot of them.

“Raise your hand if you’re dead!” I yelled. My littlest chicken Tootie appeared from under the hay wagon. At least she was alive. She’s one of the few chickens I actually like.

I started to count–roll call–you know. Turns out I was only down one chicken but everyone else was so scared they were practically frozen with fear. Hiding in the coop on their roosts at 11 in the morning.

It was all my fault. I let them roost in the barn for a few nights. I take the responsibility for whatever varmint made his way in for a midnight snack. Unfortunately whatever ate him would want another chicken dinner that night so I started working on gathering in the stragglers.

It didn’t take too long. They were practically stunned.

Then I started sleuthing–following the trail of feathers around the side of the barn and praying I’d be spared the carnage if I found it. I didn’t. It was a dead end.

Believe it or not, that can tell you a lot about what might be getting into your livestock. I have some guesses, but it won’t matter as long as everyone stays safely in their coop at night.

Now nearly a week later, everyone is still safe and I’ve learned my lesson about letting them roam too far. It could have easily been all of them so I’ll count my blessings and move on.

And on a very inappropriate turn, let’s eat some chicken!! 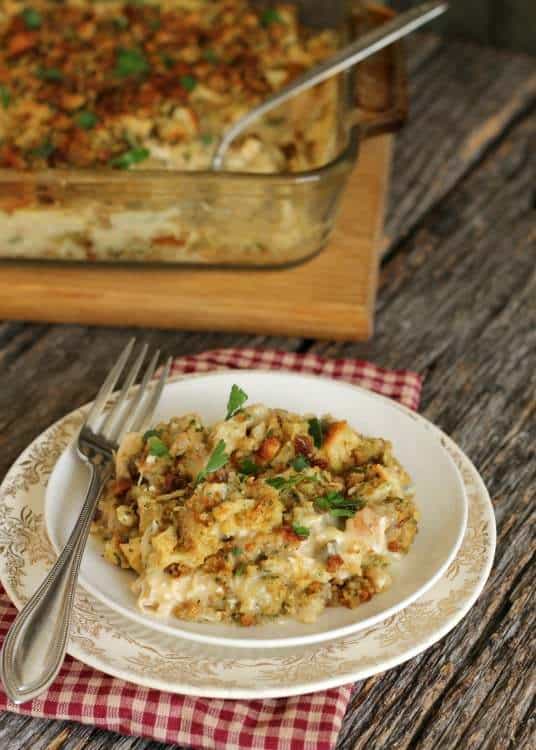 This recipe was passed to me by a family friend several years ago and it’s truly my best recipe for nights when I have 30 minutes to get dinner on the table. I usually make it ahead, and you can make this creamy weeknight chicken casserole even easier by using canned chicken or a rotisserie bird if you have that meat on hand.

It’s a warm dish for cooler evenings and it still tastes better than a boxed Helper thing. Mercy.

It’s also great made ahead and refrigerated until you need to bake it, or you can freeze it for later.

Serve it with green beans and a side of cornbread or cranberry sauce. It’s just a warm-to-your-toes hearty treat. 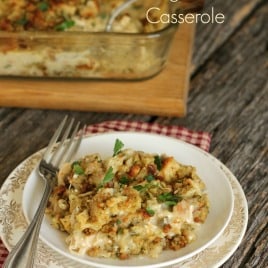 This site uses Akismet to reduce spam. Learn how your comment data is processed.

I'm Rachel and welcome to my farm kitchen! Around here we count chemicals, not calories. Join me as I teach you the practical strategies for real food that nourish your body and help you thrive with fewer junk ingredients. 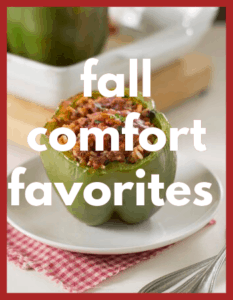 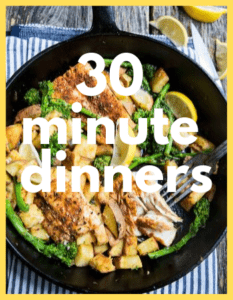 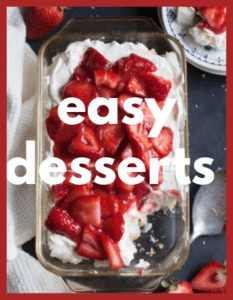