Ready for a funny farm story? In this edition of This Country Life I’ll fill you in on how to loose two pairs of shoes in the mud (and cow poop) and birth a calf in your socks. Because you just can’t make this stuff up.

Last year we kept some of our heifers (baby girl cows) to replace some of our aging mamas. They spent their several months on my father in law’s farm to get bigger and be separated from our bull. Except for one old Bessie who decided to go all renegade and jumped the fence into the field with the bull while she was away on her little vacation–and viola. Pregnant. Eventually, they would all get pregnant but not for a few more months when we actually intended and then they came back here to the farm and will calve.

Except for Bessie who had to throw a wrench in the entire thing.

This is a problem because basically, what we have here is the equivalent of a 12 year old human getting ready to deliver a baby. And problems compounded when we realized that the bull she is bred too makes larger-than-we-would-like calves at birth. So it’s like a 12 year old giving birth to a 12 pound baby. Take it from an old OB nurse, none of this is good.

That’s why Jeremy was so nervous. I labeled I’m with OCD–obessive calving disorder. Several times a day I went to check the cows and his daily texts changed from “I love you” to “Check cow” and “Did you check cow yet?”. When he was home he was on the sidewalk with binoculars. It was all too much for me.

He even trained the kids to watch for signs of labor and when my daughter got off the school bus in a full run– “MOOOMM! I saw a cow with her ears pinned back! She’s having the baby!”

“Caroline they were all fine last time I checked.” But we drove up the road and took a look anyway–all of them were accounted for. That’s what I get for checking.

An hour later Jeremy came busting in the back door. I was cooking dinner and he was (by a total miracle) home early from work. “She’s calving! Come on!” Shoot. Then he busted right back out the door.

Dinner off. Leave pots with food in them and run away.

I find him on the far side of our farm trying to walk the cow toward the house and our working lot. I’m on the road in the car and he yells across the fence “I. Need. You. To. Help. Me!” Yeah I got that. Back up the car, go park in the driveway, send the kids to the house with strict instructions to wait in the yard.

I jump the fence and head for the cows.

When we meet, Jeremy hands me a bucket of sweet feed and says “Get in front of them and call them to the lot. Maybe she will follow.”  You have to understand that when one cow is in distress they get everyone all riled up so they were running at me, behind me, around me. And faster than I was. As they ran headlong at me kicking and bucking I’d put my hands “Hep! Hey ya! Get on!” I’d say.

So I changed my jog to a trot over the muddy hoof-stomped pasture and up to the lot. And then I sunk in the mud up to my calf. I tried to pull my foot out and lost my right shoe. Stumbling, my foot sank sock and all. I tried to take a step with my left to get somewhere solid and lost that one too. And remember I have a heard of cows coming behind me. “Forget it.” Was mildly close to what went through my head. Mildly.

I abandoned my shoes and poured the feed in the trough. At least if one of these 1,000 pound babies steps on my foot the ground is soft and maybe it won’t break it. Moving on…

“Logan! Go to the house and get mama’s mud boots please!” I’ll fix this.

Boots fly over the fence and I stick my 10% mud, 10% cow urine, 80% cow poop covered socks and pant legs in my boots. What? Like you’re gonna get fresh socks.

Then I start separating cows. Carefully Jeremy and I work to remove all the other cows and keep Bessie in the pen. I lose both of my boots. I am back in my socks. I ignore this fact and move on. Mostly I wish my boots had laces.

We succeed and then work her down the chute toward the head catch. We have to hold her still to get this calf out. Giving it my all, I lift my feet and swing down the big handle of the catch–desperately trying to get it open enough for her head before Jeremy gets her down the chute.

“Armph.Grrr.Hmph.” I am giving it my all.

I push up and she sticks her head though–I lift my weight and quickly swing the handle down to close her head securely. We’re ready.

“Where’s my sleeves?” Uh. I didn’t buy any of those shoulder length plastic sleeves. I tell him so.

I schlep my sock-footed self to the back of the chute to help. He’s got his arm up that cow’s rear end to near his elbows and loops a rope around one hoof. He pulls a bit and a couple of inches of hoof appears. He loops the other leg. And we start to pull. Now let me tell you something about pulling a calf. It’s like trying to pull a brick though a piece of PVC pipe. Usually requiring 3 men my husband’s size all he has is me and we are running out of time. We pull. We pull hard. We pull more. My gracious man I’d rather deliver a human being any day.

“Go get my come along.” He says. In sock feet I climb a gate and a plank fence and run across the gravel to get a ratchet-like contraption that we can use to help drag the calf out. My lungs are going to bust.

Run back to the lot and as I round the corner Logan yells “It’s out! Dad got it!” (Not without some bruises I will say though.)

Laying nearly lifeless, our little calf needed a jumpstart. Jeremy worked with him and he began to breathe. I think we all could have just collapsed at this point.

After a few minutes we realize that mama isn’t sure what she’s done. Normal for first time mothers of any species if you ask me. She stared at it–and walked past it. New stress starts. If she won’t take care of her calf we will have to–for months. I hope she’ll take it. I stare and watch and hours later she still refuses.

“Get in the car kids. Let’s go get some formula for the calf.” We were a rag tag bunch in the Tractor Supply. Hay in our hair, mud all over us, it was just bad. An hour later we get home and I head off to feed baby. Jeremy’s gone–he had somewhere to go and I’m on my own with a 90-pound newborn.

Mama won’t clean him so I wipe him down with newspapers and lock him between my knees to hold his head still and teach him to eat. Thankfully he was one of the easiest I’ve ever fed. “You are an unfit mother.” I tell Bessie. She could care less.

Over the next three days, Bessie finally decided she wanted that ball of black fur and agreed to let it nurse. We turned both of them out to pasture yesterday happy and healthy. They were ready to go. I can’t say the same for any of my shoes though. 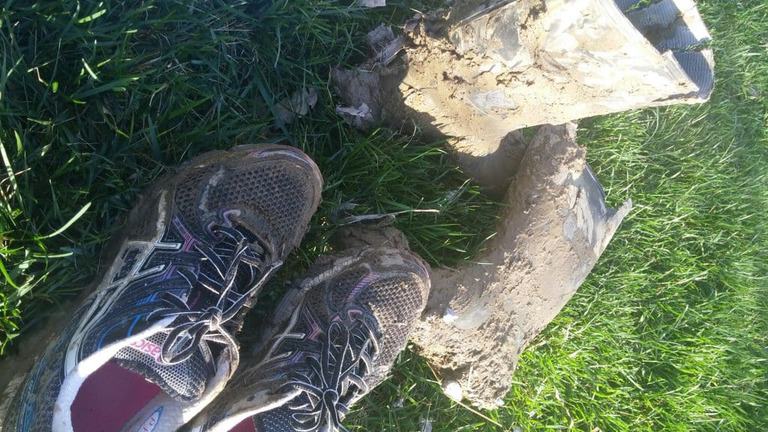 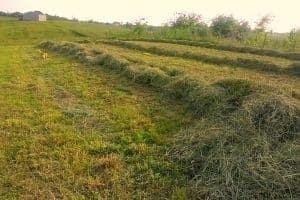 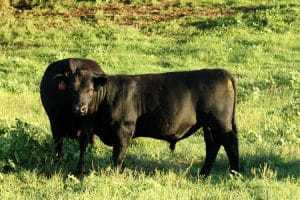 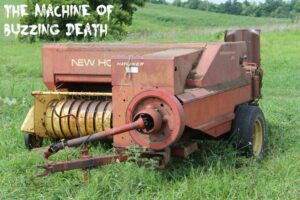 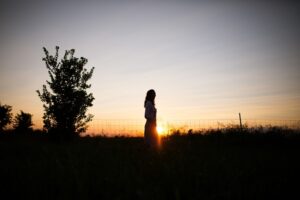 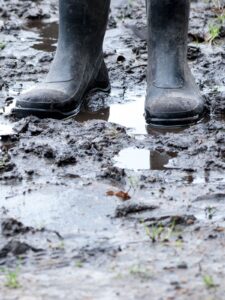