Red eye gravy is as southern as hunting for fireflies after dark or using “bless your heart” as an insult. A blend of coffee, a touch of water and the drippings from fried country ham, this may be an acquired taste for most people–but for those of us who say “y’all” it’s real deal comfort food.

What is red eye gravy?

Red eye gravy is a blend of black coffee, water and the drippings from classic fried country ham that are cooked down to make a thin sauce that is traditionally served with biscuits or grits. Native to the southern U.S., the name has various roots including one theory that the round circles of ham fat floating on top of the coffee looks like eyes.

Red eye gravy can be served for breakfast or at dinner as long as there are biscuits or grits on hand for soaking it up. It’s also known as red sop, bottom sop, or red ham gravy.

Can red eye gravy be made without coffee?

No. Don’t ask such blasphemy.

How to make red eye gravy

1.Start with the drippings from fried country ham. I usually have to add a tablespoon or so of oil to my pan while my ham is frying to make sure I have enough in the bottom of my skillet and to get a few crispy bits left behind to use to flavor the gravy.

I no longer use vegetable oil, so refined coconut oil is what I go after. Don’t worry–it doesn’t taste like coconut and has much better health benefits for the body than vegetable oil. Lard would also be fine here. 😉

2. Add black coffee and a bit of water to the hot skillet and use a whisk to bring up any bits off the bottom of your skillet. Cast iron or stainless steel works best. This is not the time to ruin your nonstick pans.

Bring the mixture to a boil and cook until the mixture reduces by about half–about 5 minutes.

3. See how much darker it is? That’s concentrated flavor. I’ve seen some recipes that add sugar here but…that’s not traditional. If you think you need a teaspoon go ahead and dissolve that in if necessary. We’ll try not to judge.

Serve it warm in shallow bowls along side your cooked ham with biscuits for dipping in, or over grits.

What to serve with red eye gravy

Of course you’ll need country ham. After that, fried apples are always a hit along with buttermilk biscuits and a big slice of tomato. 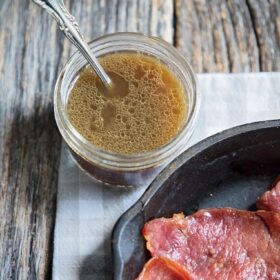 *2 tablespoons bacon grease was used to calculate nutritional information because ham drippings wasn’t in my database. Nutrition information will be approximate. 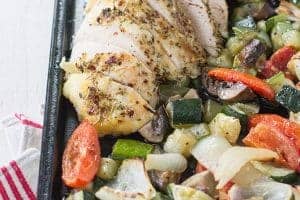 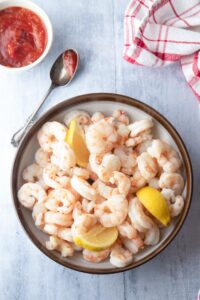 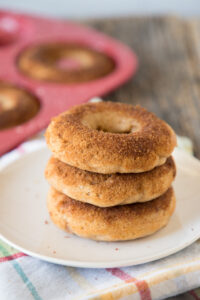 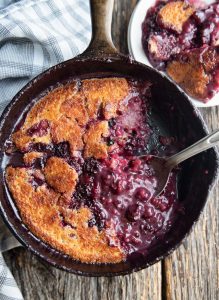 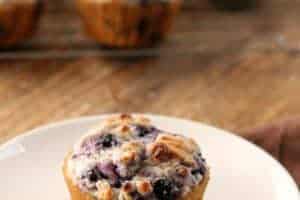 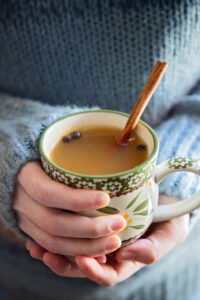