There’s not a funeral, baby shower or church potluck in the south that doesn’t have a traditional seven layer salad gracing its table. Usually made by a 70-something named Mable, it’s a beautiful and delicious side dish with its own unique dressing you won’t want to miss.

That means it’s a potluck specialty–and for good reason–because it’s delicious. The trick is to make yours in a tall glass bowl or even a trifle dish so that everyone can see the layers.

What’s in a seven layer salad?

That is the most glorious part because really you can make it with any vegetables you have on hand. I find this version to be the most “authentic” and sticks to:

I saw a version that had cauliflower rice in it a while back. Ha! I dare you to serve that to a southern man and see how they like it.

‘Ain’t no cauliflower rice in this version (though I have seen several versions that have cauliflower florets in them).

You can add different ingredients to your own seven layer salad version if you would like to, but be careful how much you stray.

Because the ingredients in this version are pretty durable (as in, not delicate) you can easily make this salad one to two days in advance and “seal” the vegetables in with the dressing layer on top, cover it in plastic wrap and refrigerate it.

I made mine two days ahead and then served it and it was just as crispy as when I made it.

What bowl will hold the salad?

I use a 4-quart glass bowl. This one is my favorite:

How to mix your seven layer salad for serving

The answer to that is, you don’t. In some places, the whole bowl might be tossed before serving but that’s  scandalous in my neck of the woods.

We use a spoon with a very long handle and encourage people to dig deep, get a little of everything in one scoop and mix it on their plates.

Since the dressing is on the top, they’ll get enough to mix with their veggies. It works, I promise!

And speaking of the dressing, it’s a mix of mayonnaise, sour cream and sugar but don’t panic–it’s not sweet. It’s sort of amazing what that little bit of sugar does in there. Magic, I tell ya.

If you’d like to be even more inspired, check out this list of other creative seven layer salads. 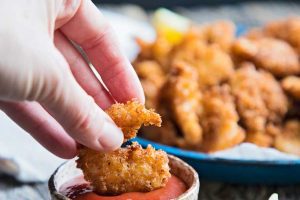 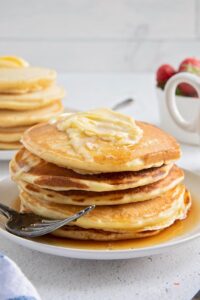